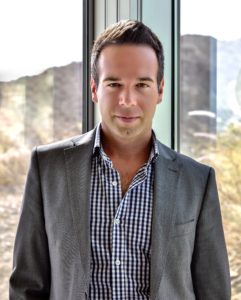 Michael Brown, President of the Board of Directors, Performance Santa Fe, said, “Chad’s extensive experience in programming, fundraising, producing and performing are all vital elements we were looking for in the leader who will build on the incredible successes achieved by Performance Santa Fe.”

“Santa Fe has a deeply rooted history of arts and sophistication, and I am honored to build on Performance Santa Fe’s strong 82-year legacy of enriching the cultural landscape of this thriving artistic community,” Mr. Hilligus said.  “PSF enjoys a well-earned reputation for bringing the highest quality, world-class programming to Santa Fe. Together with our extraordinary staff and Board of Directors, I look forward to leading this organization to the next exciting chapter of growth and vitality.”

As a performer, Mr. Hilligus is a former member of the multi-platinum crossover group The Ten Tenors and gained international acclaim starring as Tony in the 50th Anniversary World Tour of West Side Story.  He has performed as a Resident Artist with Sarasota Opera, Nashville Opera, Tulsa Opera, San Diego Opera and he frequently appears as a solo artist at concert venues across the country.

A Search Committee of the Board of Directors worked with the executive search firm Management Consultants for the Arts to identify a broad array of prospective candidates over a 4 month period.

Michael Brown, President of the Board;
or Chad Hilligus, Executive + Artistic Director